Louisville, Kentucky is today a thriving city home to around 602,011 people. It is listed as the 8th most affordable city and 9th on the list of best cities for homeowners. Louisville also has direct access to three major interstate highways and an international airport. Famous for its food and easily accessible entertainment, Louisville has established itself as one of the most prominent cities of the south. Founded by George Rogers Clark, of Lewis and Clark, in 1778 the city gained its name from the French King of the 1700's Louis XVI. Although he had no luck in his own country, Louis XVI was more than generous in his contribution to the Patriots during the Revolutionary War. Louisville's location along the Ohio River, established it as a port city. Louisville became much more popular during the 1800's after the invention of the steamboat. Steamboats increased travel time, upping demand for shipments and allowed for easier navigation of the Falls of the Ohio, a shallow water area with a fossil bed underneath that often grounded ships. Louisville's own personal steamboat, The Belle of Louisville arrived in the city in 1931 and is the oldest river steamboat in operation today.

In 1923 Louisville's staple dish, the Hot Brown was created at the Famous Brown Hotel. It is a featured dish in the state and can be found in many interpretations around the city. Louisville was also the birthplace of Muhammed Ali, famous boxer and philanthropist. His non-profit museum is located on the riverfront and is a large contributor to the community.

Since the 1980's Louisville has redone much of its infrastructure, as well as contributing more to the arts, such as the Kentucky Center for the Arts which has since become home to the Kentucky Opera, Ballet and Orchestra.  The Louisville Waterfront Park is 55 acres of waterfront property that had been converted into a public parks system. It was dedicated in 1999 and was a large part of Louisville's infrastructure renovation.

Included below are homes for sale in Louisville, KY. If you would like more information on any of these Louisville real estate listings, just click the "Ask A Question" button when viewing the details of that property. We can provide you with disclosures, past sales history, prices of homes recently sold nearby, and more. When you are ready to visit a home you can use the schedule a showing feature on the details page - it's that easy! Purchasing a home can be stressful but it doesn't have to be. Be sure you have the right professional by your side, advising you throughout the entire process. Our Realtors® are knowledgeable with firm understanding of the contracts, and will advocate your position. Learn about the offer process here and why you should be working with Crane Realtors® here.

And, if you haven't already, be sure to register for a free account so that you can receive email alerts whenever new Louisville listings come on the market.

Homes For Sale In Louisville KY

This list includes, if available, homes currently for sale and may additionally include homes marked "Under Contract". The homes with "Under Contract" markings indicate the sellers have accepted a contract but are still willing to show the home for back-up offers. Learn why it can be advantageous to view these homes and more about back-up offers here.

Below are pending home sales in Louisville. These properties have accepted contracts that are moving through contract contingencies toward closing. There is potential that these homes fail to close for various reasons including failing to move beyond the inspection period, buyer financing failure, and much more. We at Crane Realtors® suggest you consider reaching out to us to gauge the status of the current contract. There may be the chance you can negotiate a back-up offer with the seller and become the priority offer if the current contract were to fail. Many brokerages have low success rates of closing sales due to improper planning and qualification of buyers. Call Crane Realtors® for more information on being a potential back-up offer. Missing out on new listings and the chance to purchase homes because you aren't getting notifications or visits scheduled timely? Call Crane Realtors® to learn how we can get your foot in the door first by providing you with the fastest notifications!

Below are closed home sales in the prior rolling 12 months in Louisville. We provide this information so you can get a general idea of what values the community upholds. It is advised to review these properties so you have realistic expectations when the time comes to make an offer. In preparation for making an offer on a specific home, we provide our clients with a detailed Comparative Market Analysis (CMA). Learn more about CMA's here. This "CMA" adjusts the value of the home you are offering on to recent sales and takes into consideration finishes, size, and much more. Anything less could mean you are a misinformed buyer, are paying too much, have appraisal issues, and could be setting yourself up for failure.

Getting Your Personalized Value Opinion

If you are considering selling your home in Louisville it is important to get the value based solely on the aspects of your home adjusted to recent, similar sales. In order to do this we must visit your home. When we visit we will measure your home, note all the features and finishes, discuss improvements, and collect all necessary details of your home. We then take this information and compare, analyze, and line adjust the values of the differences of your home to other sold homes in Louisville, this is how we get a current market value. It is a disservice to give a value without completing these steps. If an agent provides you a value estimate or suggested list price without completing a detailed analysis, you are receiving poor and inferior service, and could be setting yourself up for failure, risk losing thousands to tens of thousands of dollars in resale value. Additionally, we provide you a thorough, prioritized list of items to do to prepare the home for sale, which will mitigate objections and smooth the inspection process. So again, if you have a home to sell in Louisville, it is best to get a professional opinion from one of our real estate specialists that will be tailored to your home's features and finishes. Call Crane Realtors® today or fill out the form below to get started on selling your home in Louisville, Kentucky.

Get A Personalized Opinion Of Value On My Home In Louisville

Ann and Tim M.
Martin Crane has to be one of the hardest working Realtors we have ever seen.
If you need a good Realtor, look no further! Martin Crane has to be one of the hardest working Realtors we have ever seen. We had contacted another Realtor prior to listing our home with Martin, but since she took an entire month off for vacation and was not available, we stumbled onto Martin's name while looking for property to build on. After hearing Martin's presentation on how he would sell our current home, we decided to look no further for a Realtor. The pictures he took of our home were outstanding! He made some suggestions on how to best present our home and even helped with yard work!!! After one open house, we had a contract the next day. There were some obstacles with the buyer during the contract process which he handled in a very professional manner and kept us informed at all times. When we were loosing cool from the lack of communication on the buyers end, Martin kept his and got our questions answered. His attention to detail is what you need when you are in doubt of what to do. You know he is looking out for your best interest and he is always a phone call away, no matter the day or time, for answers to questions. Martin is detailed oriented, a great photographer, professional and on top of the market trends, but most of all, he is honest. When you hire Martin to sell your home, you know you will get the best price and the best Realtor! Thanks Martin for all your hard work in selling our home and we appreciate the help you are giving us in the building of our new home. You will be first on our list if we ever need another Realtor and we won't hesitate to recommend you to friends and family.

Mike and Melissa
Meridith Hamilton has assisted me with two recent real estate transactions. Throughout each process, Meridith was steadfast in her professionalism. She served as a resource, providing honest information, insight and the utmost integrity.
Meridith is consultative and truly cares about the needs of her clients. If you’re imagining your dream home or anticipating an upcoming move I can’t recommend anyone better than Meridith Hamilton.
A. Walker
I am so happy I used Meredith Hamilton with Crane Realtors® to sell my condo!!! I was under a very strict timeline the timing had to be perfect and there was no room for any error for the sale of my home. It was a must that it had to be sold before I moved into to my new Florida home and Meredith stepped up to the challenge and genuinely cared about my dream coming true.

She was always available by phone call or text and even on nights when I was beyond stressed about packing boxes or my move in general she was there and ready to put my mind at ease.

She always included me in every aspect of selling my condo. She was professional always on time and attentive to my demands.She even helped with pictures and helping me clear counter tops and move furniture!

I would absolutely use her again if I needed a Realtor®. I would recommend her to friends and I will always be thankful to her for helping make my dream a reality.
Kara H.
Meredith Hamilton did a wonderful job facilitating the sale of our home, and we highly recommend her.  We had the daunting task of moving under a very short timeline, so we found ourselves needing to sell our house quickly.  Meredith held multiple open houses, provided guidance on staging, and found a buyer.  After a buyer was found, she managed the closing by providing advice, facilitating communication with the buyer, and ensuring there were no issues getting the sale over the finish line.  She exhibited patience and perseverance, not only securing the sale but also making it a pleasant experience.
Joe & Shannon
Search All Area Listings
Advanced Search
Today's Listings
Residential
New Today
Price Reduced
Recently Sold 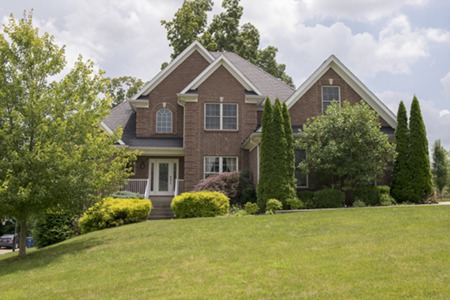